The Dawn of Justice, on Amazon

In December 2015, we were approached by Warner Brothers to help launch the film, Batman V Superman, and the Justice League franchise through a cross-Amazon integration. More specifically, we were asked to anchor the program with something unique and exciting on the Alexa platform. We set out to create a break-through campaign that showcased the film, showcased the Echo, and gave Amazon customers an exclusive, fun experience.

We decided to create a Batman V Superman branded bundle that included a custom designed Echo Skin (for the super fans) and a never been done before choose-your-own-adventure Batman V Superman Echo Skill . Our small team developed and launched a first to market gamification of a skill in the form of an immersive, Choose-Your-Own-Adventure experience. 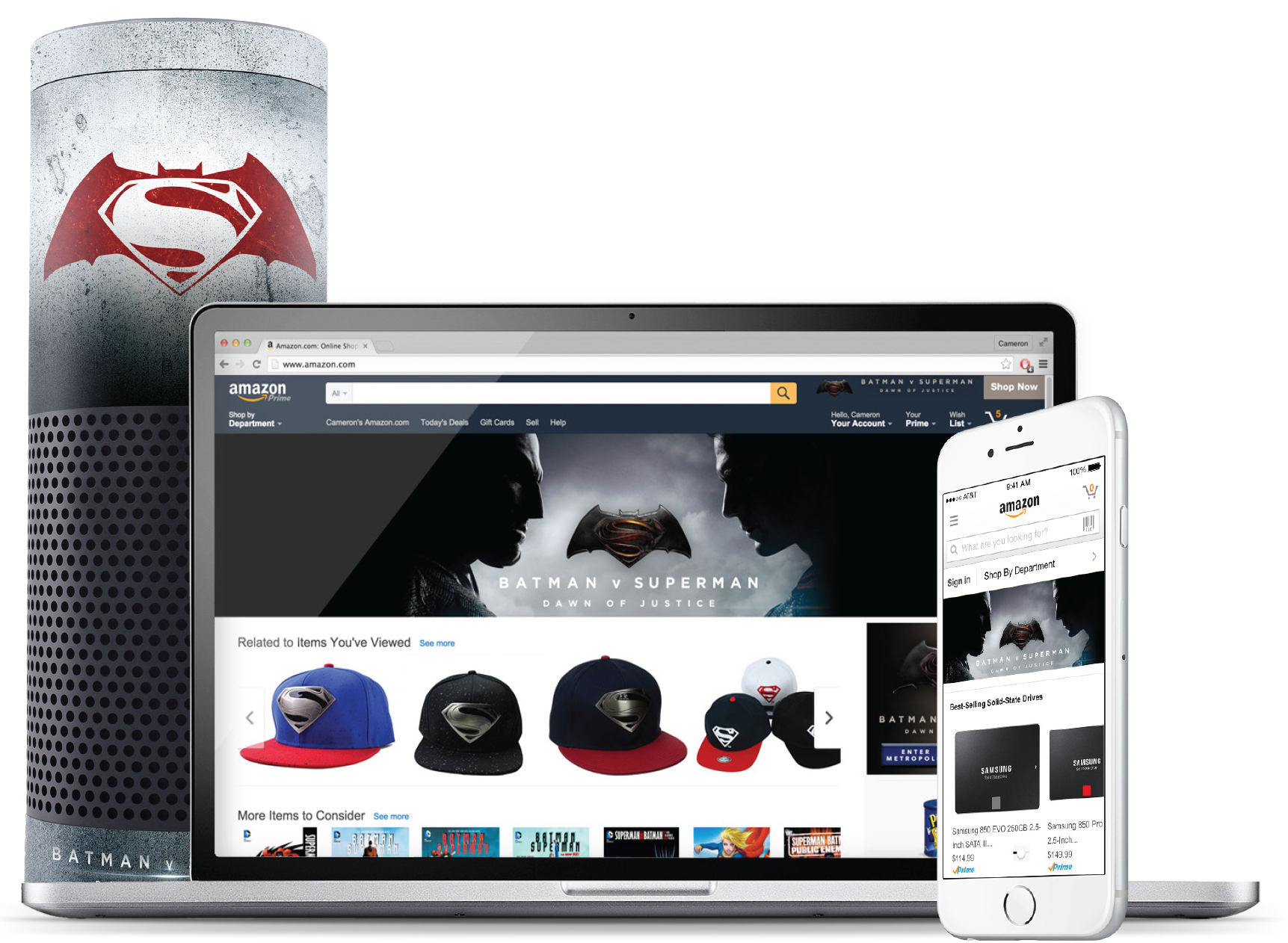 This was truly a first and with firsts there is usually apprehension. Nothing like this had ever been built on the Alexa platform, or undertaken by my team and Warner Brothers Entertainment. Although WB wanted something groundbreaking, it was a complex undertaking to develop a multi-pronged CYOA story, with intersections and multiple storylines. To usher the project forward, I broke down the project into small chunks, visually mapping all scenarios and how they could overlay. We partnered with Zach Snyder and Wes Coller of Cruel & Unusual Films (Director and Producer of the film) and DC Comics and created a game that put users in the role of “Detective.” Their goal? Solve the murders of Thomas & Martha Wayne. 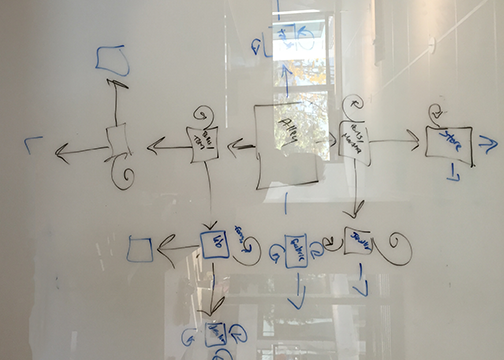 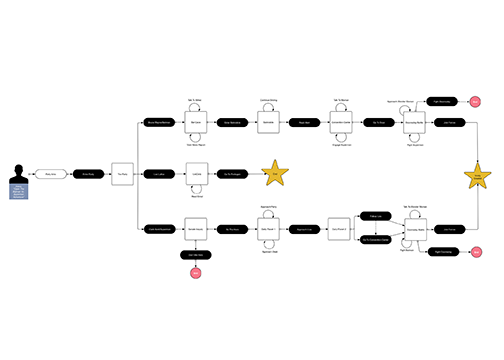 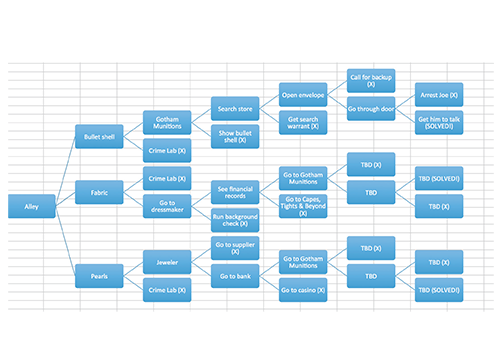 In addition to building the first ever choose your own adventure skill, we built an Augmented Reality easter egg. Amazon customers who receive the skin, can scan it, using their Amazon Shopping app - and bat symbol will appear in AR.

The current rating for the Skill is 4.7 out of 5 stars which puts it in the top 5% of highest rated skills. Reviews includes customer quotes like “The most impressive app to date!” and "Great fun on my Echo!” It has been featured or referenced in 400+ online articles since its launch including, Variety, The Verge, engadget, and moviepilot.com - It was called out by Time.com as one of "10 Apps That Make the Amazon Echo Even Better,“ The Verge reported "Amazon's first movie promotion with Alexa is yet more proof its voice assistant has huge potential beyond playing music and ordering stuff online,” and T-Mobile’s CEO, John Legere tweeted: 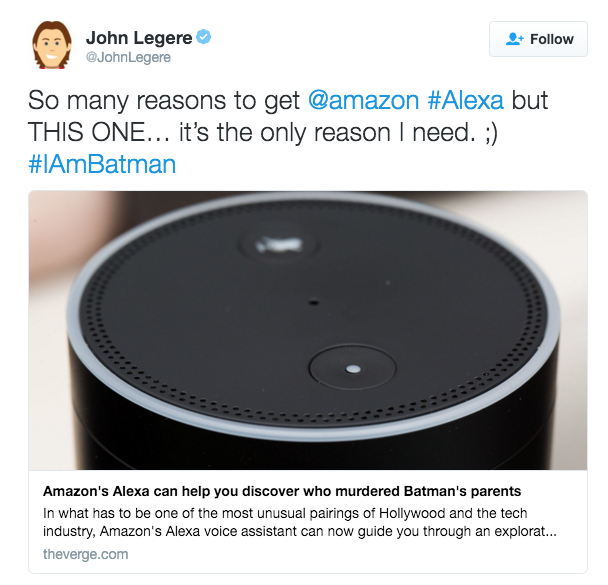 "Really great, completely engaging. The audio design was really compelling and immersive. I’m super impressed. A lot of fun. Hat’s off to you guys, I think it’s amazing.”

"You did a fantastic job and it's going to be awesome using my Echo to play it." 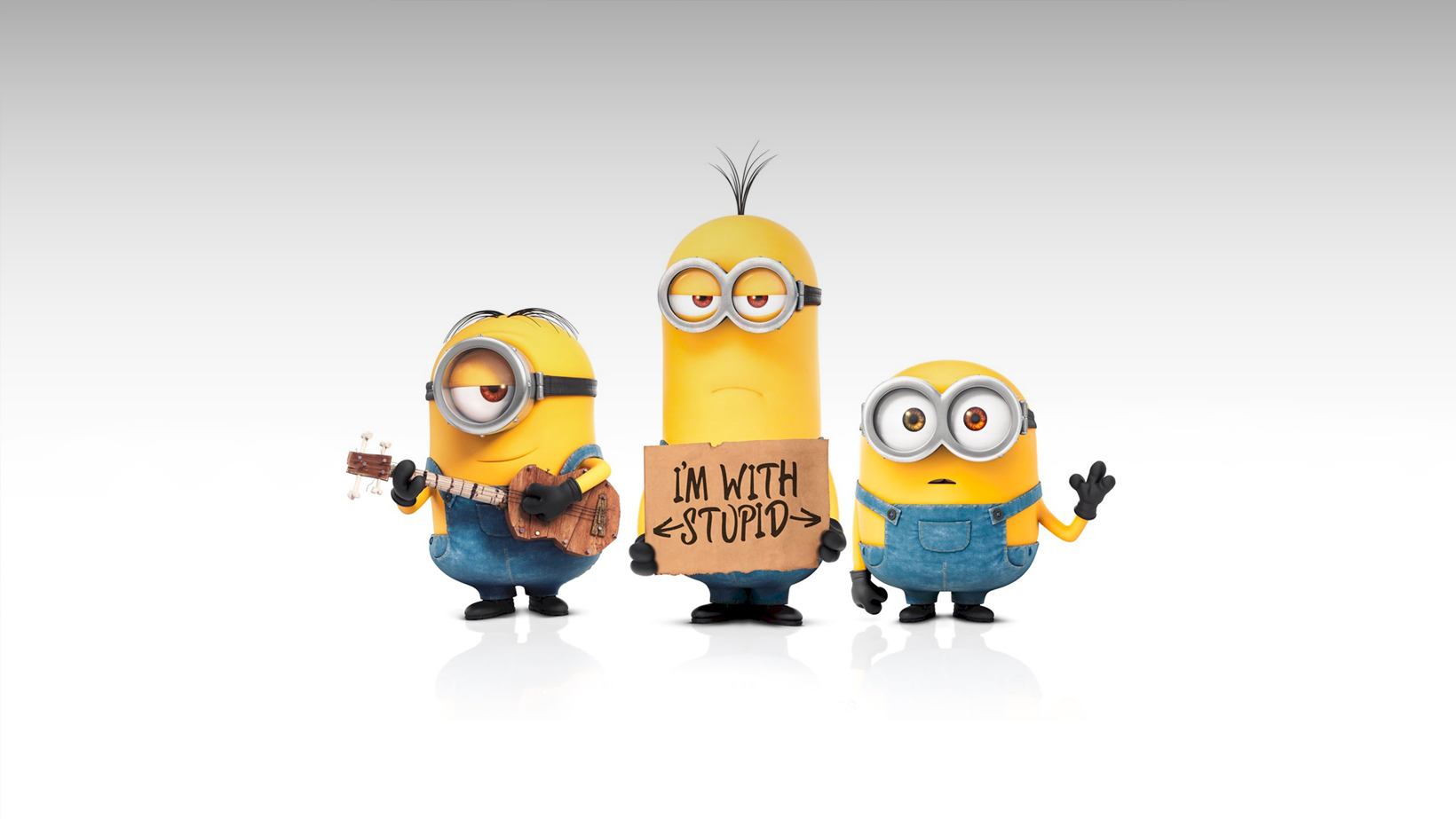